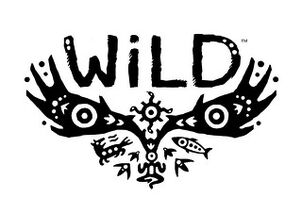 Over the past week it has come to our attention that Michel Ancel started a new studio named "Wild Sheep Studios" within the confines of Ubisoft Montpellier. At Gamescom 2014 during the Sony media briefing, Michel Ancel came on stage to announce the studio's debut title "WiLD". An open-world game in which you can be any living creature.

"When we started working on WiLD we wanted to make sure that we would have fun playing our own game even after months and months of development! This is the reason why the world of WiLD is the size of Europe, with dynamic weather and seasons, and filled with interactive opportunities that feel endless. Every time you play you’ll discover new things, even in the same place as before. But… the best feature came from our prototyping phase when we started playing as wolves, horses, sheep and… even trout! So we decided that in WiLD every creature should be playable, even the giant and dangerous ones!

All these features combined, open so many new gameplay situations, especially when playing online. How you approach the game is up to you, what you do and even what you are – it’s all up to you.

On the tech side, because WiLD is created exclusively for PlayStation 4, the game will use the full power of the console and all its crazy sharing capabilities.

It’s early days still, so that’s all we can tell you at the moment but make sure you check out our video and see what you think for yourselves. We hope you like it, and we can’t wait to tell you more soon."

WiLD is exclusively being developed for Sony's PlayStation®4, Michel Ancel stating "it was clearly the best fit".

Beyond Good & Evil 2 in "active development"

Following the news of Michel Ancel co-creating a new independent studio, Ubisoft reassured media that he will remain at Ubisoft Montpellier.

"We are fortunate to have some of the industry's finest talents, including Michel Ancel, working with us at our studio," Ubisoft Annecy, Paris, and Montpellier Managing Director Xavier Poix said. "In addition to spending some of his time on this new venture, Michel is leading the creative development of select projects at Ubisoft Montpellier, including an extremely ambitious new title that is very close to his and the team's heart."

Later that day, a Ubisoft representative speaking to IGN.com confirmed Ubisoft Montpellier is heeding the development of a "proverbial sequel" to a "2003 critically well received, but commercially underappreciated game".

"It's still far too early to give many details about this new title, but what we can say is that while Michel and the team at Ubisoft Montpellier are working with the core tenets of BG&E, they're developing something that aspires to push past the boundaries of a proverbial sequel and leverages next-gen technologies to deliver a truly surprising, innovative and exceptional game," Ubisoft told IGN. "The entire team is excited about the direction this extremely ambitious project is taking, and we'll have more to share later, as it progresses."

It appears the sequel will inevitably be revealed at some point in the near-future, just brace yourselves for the impact it will have on the industry, the gamer and maybe even the world. The future never looked brighter for Hillys and all other systems, and as a wiki dedicated to Beyond Good & Evil, we will do everything to make this wiki the central point for this community. Share your passion and affection of Beyond Good & Evil by joining the wiki, and perhaps we can partake in the revolution that Beyond Good & Evil will, again, mark in this industry.

Retrieved from "https://beyondgoodandevil.fandom.com/wiki/User_blog:ZyLogic/_Wild_Sheep_Studio_and_Beyond_Good_%26_Evil_2?oldid=6797"
Community content is available under CC-BY-SA unless otherwise noted.